US data transfer unlawful according to German procurement authority

On July 13, the Public Procurement Chamber of the German State of Baden-Württemberg decided a case about a public procurement procedure for a digital management software. In doing so, it held that personal data transfers to the US based on Standard contractual clauses violates the GDPR.

In addition, the decision is mostly focused on the administrative law angle. The data protection issues at play are not explained very clearly and the Chamber’s reasoning on some crucial points needs to be inferred by the reader. This is not an easy decision to decipher, but we’ve done our best to present the gist of it in an accurate and readable way. 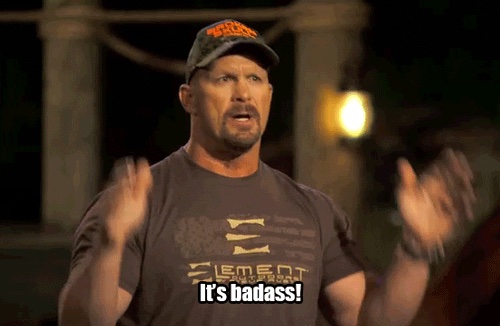 A public authority issued an invitation to tender for the procurement of software for digital management. The award criteria included data protection and security requirements: specifically, all data needed to be processed in compliance with the GDPR as well as federal data protection law. The bid was won by the EU subsidiary of a US company (the names of the companies are omitted).

Another company that took part in the tender asked the Chamber to examine the decision, claiming that the service offered by the winning company involved U.S. data transfers in violation of the GDPR. In fact, the winning company relied on AWS’s EU spin-off company (Amazon Web Services EMEA SARL) as a processor. AWS EMEA offered the option to store data in the EU, but would still disclose personal data to the parent company in specific scenarios:

Standard contractual clauses (SCCs) were the data transfer mechanism under the GDPR. As an additional safeguard measure, the company encrypted the data and assumed an obligation to challenge any “overboard or excessive” data access requests from authorities.

The Chamber held that the data transfer was indeed in violation of Chapter V GDPR. The public authority was ordered to re-evaluate the offers again, as compliance with the GDPR was one of the requirements set out in the tender notice.

2. The main points of the ruling

The reasoning behind this ruling is in line with the logic of multiple European DPAs and finds its merits in the fact that U.S. companies that qualify as an “electronic communication service provider.” are obliged to disclose data to U.S. intelligence services if requested.

3. The consequences of the ruling

Some points need to be stressed. First, the Public Procurement Chamber is neither a data protection authority nor a court but rather an independent authority dealing with administrative law. Therefore, the decision will probably not carry as much weight as a decision from a DPA. Second, the Chamber is only competent with regard to the German State of Baden-Württemberg; other German authorities may endorse a different approach.

That being said, the decision is quite significant. The Public Procurement Chamber is not one of the central actors in enforcing the EU data protection framework and is typically not involved with the interpretation of the GDPR. However, the decision is consistent with the approach endorsed by several European DPAs when dealing with noyb’s 101 complaints (which is a result of the coordination efforts of the European Data Protection Board). This might be a sign that a hard-line approach to data transfers is gaining momentum and influencing authorities less involved in the enforcement of the GDPR.

Privacy is a human right and should be treated as one. EU regulatory bodies are finally showing their teeth. For organizations that want to stay within the law, there are numerous European alternatives that could replace the US counterparts you are using now.

We built Simple Analytics as a privacy-first alternative to Google Analytics. We believe it’s not only a matter of staying within the law. It goes beyond that. We believe in creating an independent web that is friendly to website visitors. That’s why we built Simple Analytics without any tracking mechanisms or the ability to collect personal data while still giving you the insights you need. If this resonates with you, feel free to give us a try.